These updates dropped off while I was recovering from surgery, but I’m back! Back to remembering late Thursday night that I’m supposed to write an update!

First of all, this week marks the start of the Amazon experiment. For 90 days, the Elements series will be exclusive to the retail behemoth. If you’re still catching up with the series and don’t have a Kindle, it’s okay–I’ve got you covered.

I’m spending the next few months working on some other projects. I lost a lot of time while I was ill, and the Elements series isn’t the only thing I’m catching up on. But I promise, book 5 is coming! You know I’ll keep you updated as soon as there’s something concrete to report.

And, as always, there are books:
Wolf Hall by Hilary Mantel. You know me, right on the cutting edge of what’s new and fresh. This has been on my to-read shelf for *cough*mumble* years, but with returning health comes returning focus, and I found myself craving something long and meaty, where I could dive into fabulous prose and stay there a while. This book more than fits the bill, though there’s a good chance I’ll still be reading this next week.

East of West by Jonathan Hickman and Nick Dragotta. Oh, you know. Your typical western sci-fi apocalyptic graphic novel. That old trope. It took me a few pages to settle into the storytelling, but by the end of the first volume I couldn’t read fast enough. It’s violent and pretty disturbing in places, so not for everyone, but I’m looking forward to reading volume 2.

And TV:
So far, the only new show I’ve picked up this year is Quantico, which I’ll watch until the gazillion questions raised overwhelm the answers being provided. Still, for now I have hope the showrunners can keep the crazy to sustainable levels.

And music:
I often listen to soundtracks while I work (songs with lyrics tend to confuse the words in my brain), and my latest addition is Pawn Sacrifice by James Newton Howard. I was already a fan of Howard’s work (The Hunger Games series, The Dark Knight), so I was predisposed to like it. It’s slow and moody, and fairly short for an original soundtrack. Though it alternates between sparse and lush, the entire work fits together perfectly, every note deliberate.

And when I need to get moving at the end of the day, I’ve been playing Turnpike Troubadours, a bit of Texas red dirt country that makes me want to drink beer and drive a big red truck (not at the same time, of course). 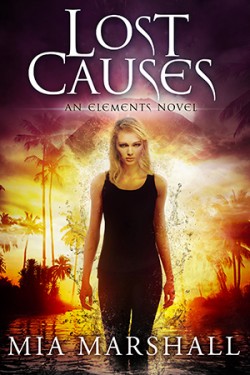