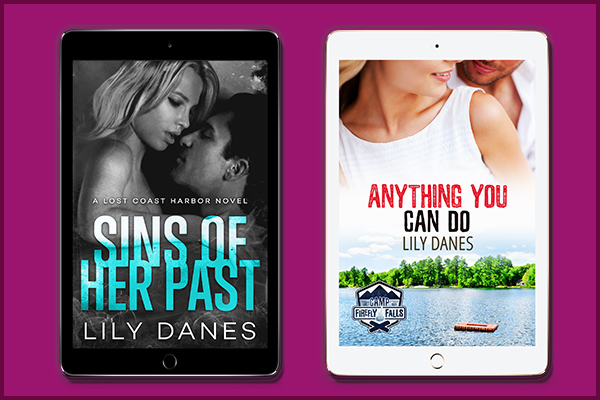 First, there was tequila. Sure, there were other factors, but that’s how it began. There were margaritas, and I was tired.

I was tired after writing and publishing four novels. I was tired from building (and losing) partnerships and also from doing it completely on my own. I was definitely tired after writing a 90k book, shopping it to agents for the better part of a year, and having it turned away each time—and it was even more tiring to realize they were right, and the book I’d worked on for eight months wasn’t quite there, and I didn’t know how to fix it.

I was tired from my body needing one surgery after another, and tired from the meds that were necessary but all seemed to include fatigue in their lists of possible side effects. I was tired of fighting my squirrelly brain, which is a whole other topic we can get into later. And I was so, so tired of pushing through all that exhaustion to finally write Lost Causes, a book that ended up selling…not that great, if I’m being honest.

In the midst of that perfect storm of fatigue, halfway through my second margarita on an outdoor patio in midtown Sacramento, a good friend asked, “Hey, you wanna write romance?”

That friend has other names, but she eventually became Eve Kincaid, with whom I published five books over the next year and a half. We both wanted a change, and we shared a lifelong love of romance novels and noir movies, so Lost Coast Harbor was born. It was just the opportunity I needed. I deliberately chose a name completely distinct from my own, because I had no plans to publicly link them. Hell, I didn’t even expect to use the name for longer than a year or so. Going in, I wanted the freedom of zero expectations. (Also, I never wanted my mom to read any sex scenes I wrote, which is still true, so nobody tell her, okay?)

What I Learned When I Started Writing

I learned I was a fool, that’s what. There is no such thing as stress-free writing, and once again I’d over-committed. I worked hard, both writing the books and launching a pen name, and I never got the break I expected. At the same time, I loved the chance to play in a new genre. I got to experiment with different tropes and explore the romance narrative structure. I got to make a bunch of new mistakes too, and now I’m a better overall writer. It was 100% worth it. Even so, it wasn’t long before I felt like something was missing from my writing. You know, magic or witches or gods or post-apocalyptic dystopias, that sort of thing.

I ignored that feeling for a long time because of how much I loved being part of the romance community. At its best, Romancelandia is full of the smartest, most welcoming, most supportive writers I’ve been lucky enough to meet. After years of feeling adrift on an ice floe in the midst of the cold, cruel SFF sea, I didn’t want to let go of that warmth. Plus, there were so many more opportunities in romance, and I’d established enough of a foundation that it made sense to stay there. Sure, I kept catching myself jotting down ideas set in new worlds, but that didn’t mean I should walk away from everything I’d accomplished as Lily, right? I mean…right? Maybe I could do a better job maintaining two pen names. Sure, I’d failed abysmally at that task, but other writers did it all the time. Maybe if I just tried harder. Worked more hours each day. Beat myself up a little more. It could totally work!

Why I Came Back

In the end, it was one of those super-supportive Romancelandia peeps who helped me see things clearly. Zoe York, who is straight up one of the most generous people in Romancelandia when it comes to sharing her knowledge and experience, tweeted about the importance of goals. She posted that it’s important to explicitly state your one-year and five-year plans because short-term goals are often at odds with long-term ones, and it helps to see them laid out clearly.

Simple, right? Completely obvious? And yet, a total light bulb moment for me. When my five-year-plan is “Have the freedom to slowly craft fantasy novels over the course of a year,” my one-year-plan can’t be “Write more contemporary romance novellas to increase my backlog and sell more books.” So, in late December, I rewrote my 2020 plans, and I got to work figuring out how to come back after so much time away.

Am I done writing romance entirely? I don’t think so. However, as of now, I have no plans to write contemporary romance. Instead, I’m looking at writing shorter fantasy series with a primary couple front and center. That’s a one-year plan that makes sense, AND it excites me. Even…energizes me.

I hope I can keep the best parts of my time as Lily Danes (because the real romance novel was the friends I made along the way). The readers, of course. The community. The new writing skills. The kissing. Definitely the kissing. On top of all of that, I get to return with a stronger sense of who I am as a writer. This last week, spent reopening old accounts and reconnecting with people…it felt like coming home.

But this time, because I plan to stick around for a while, I also plan to be kind to myself. This year, there will be a LOT more naps.

If you’re interested in checking out some of my Lily books, the two featured at the top of this post are ones I’m rather pleased with. Sins of Her Past is a slightly angsty second-chance romance (with banter), and Anything You Can Do is a playful battle of the sexes at adult summer camp (with banter).